Deep in The Frontier, Pilot and Titan must work together against overwhelming odds. Call down your Titan and get ready for an exhilarating first-person shooter experience in Titanfall™ 2! The sequel introduces a new single player campaign that explores the bond between Pilot and Titan. อ่านเพิ่ม

Rejoin the Fight for the Frontier

Get ready for new Titans, new Pilot abilities, a brand new single player mode and more. An exhilarating first-person shooter experience is waiting for you in Titanfall™ 2. 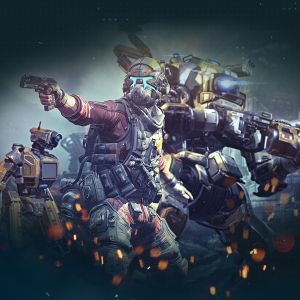 As an infantryman trapped behind enemy lines, you must develop your skills under fire to become a full-fledged Pilot, fighting as one with your Titan. 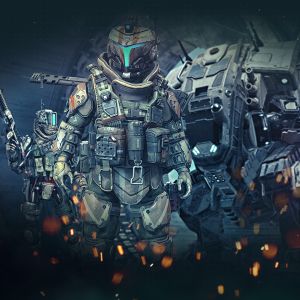 Titanfall 2 features six all-new Titans, a host of deadly new technology, and expanded Pilot abilities. It's an adrenaline-fueled multiplayer experience that continues the Titanfall legacy of elevating the shooter genre. 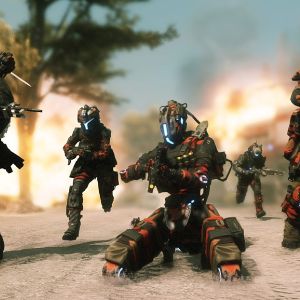 Chat with your co-pilots and explore networks by popularity, location and similarity. You can also manage and create new networks.

The apex predator of the Frontier, Pilots are what all riflemen aspire to be - highly skilled, incredibly mobile, and deadly at any range.

Towering over anything that stands in their path, Titans are lethal weapons wrapped in armor and designed to take a punch...or a sword...or a rocket.

Call down your Titan and get ready for an exhilarating first-person shooter experience in Titanfall™ 2! The sequel introduces a new single player campaign that explores the bond between Pilot and Titan. Or blast your way through an even more innovative and intense multiplayer experience - featuring 6 new Titans, deadly new Pilot abilities, expanded customization, new maps, modes, and much more.

Unlock the Battlefield™ 1 inspired Red Baron Warpaint for the Ion Titan in Titanfall™ 2 by playing both games on the same account.

Experience a captivating single player story. Titanfall™ 2 features a single player campaign packed with action and inventive twists. Play as a Militia rifleman stranded behind enemy lines, who encounters a veteran Vanguard-class Titan. The two must work together to uphold a mission they were never meant to carry out.

Enjoy multiplayer action that's second to none. The sequel gives players more of the adrenaline-fueled multiplayer combat they've come to expect from the franchise. Take the fast-paced, first-person action to the next level with more Titans, deadlier Pilot abilities, and much more. And be sure to stand out in the middle of all the chaos with new, expanded Pilot, Titan and loadout personalization options!

Join Your Friends on The Frontier.  Titanfall™ 2 introduces Networks, the social tissue for Titanfall™ 2 that makes experiencing all the heart-pounding action with old friends, and new, fast and easy. Whether you prefer Social or Competitive play, you'll be able to create or join the perfect Network to suit you and your crew.